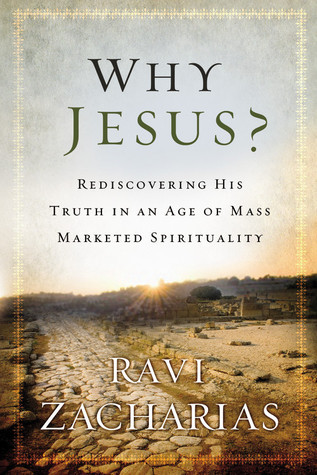 Ravi is not a happy camper and it shows. He knows it too, towards the end of his book he says,

“Some might even consider the tone of this book too strong or harsh.. it is hard not to get passionate when you read the bizarre twists of truth offered by the proponents of the New Spirituality.”

What are these “bizarre twist’s of truth” that have managed upset one of Christianity’s  foremost apologists?

If truth is solid ground. Then new spirituality, is happy in the clouds. They shake their heads at those below who battle for truth. Their’s is a more noble stance, they think. Theirs which refuses to judge anything or anyone. But in doing that they have eradicated distinctions and words are now used to tell us that there is really no particular meaning to anything. Morality, time, essence, absolutes are all gone by the wayside in the name of spirituality, what is left for those in the clouds is to take pot shots at those below who still holds these distinctions.  For Ravi, “Giving yourself the privilege of destroying other positions while parking your own position in an unidentifiable location is a form of linguistic terrorism” (14) Chopra, New Spiritualities most celebrated saint, says flatly there are no answers, and that hope is ultimately a sign of despair  (92) Spirituality we are told is really just an expression of a universal hunger rather than an answer to anything. The hunger is satiated temporarily by whatever technique the guru prescribes. Ultimately the goal is self deification. "We will remain unfulfilled unless we nurture the seeds of divinity inside us. In reality, we are divinity in disguise, and the gods and goddesses in embryo that are contained within us seek to be fully materialized” says Chopra. (91) Ravi half jokes when he says he is not surprised that celebrities and spiritual guru’s have joined forces so well. “One thinks they are gods’ and the other tells them they are.”

Ravi is doing his best to catch a greased pig in a way. With N.S. everything is nothing, and nothing is everything, the human is God, and God is the human, there is hope, but there is not hope. There is meaning but no meaning, things are constantly shifting and nothing can be grasped, meaning is cloaked in ponderous terminology and so it is by design. Elkhart Tolle, when talking about suffering for example says, your suffering is good because it forces you to become nothing, to become as God, because God too is nothing” huh?

Ravi tries to lasso the cloud and catch the pig in two primary ways: