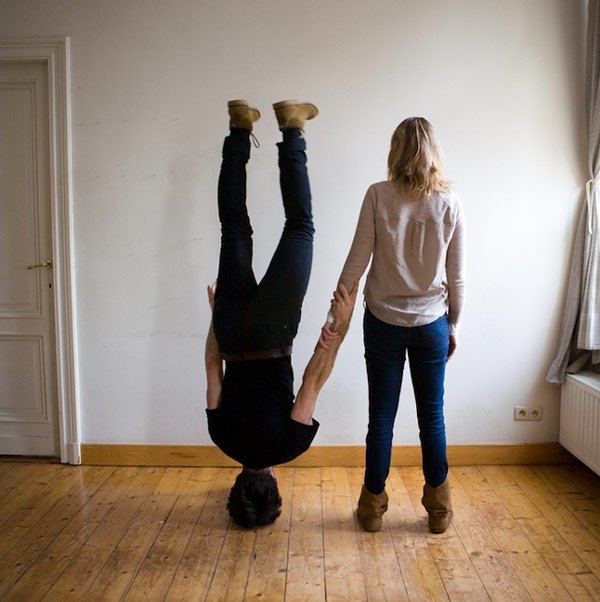 A nude man yells at us for asking him to put clothes on. We didn’t want our children to be exposed to his nudity, is that so bad? He is incredulous at the inconvenience we are causing him. Us telling him that there is a nude beach available for him not far away, does little to quell his fury.

A music teacher at our school can’t understand why we object to a song she is teaching our second grader. The song talks about eating each others brains, “But it’s a really fun song” she says.

“It’s just words, It doesn’t matter! They are having fun!” was the angry retort my wife received.  A local college first year initiation rite involved songs that promote rape. My wife, simply said it was not a good idea. “but there is nothing funny about rape, ever.” was her comment. Eyes rolling, our friend just shakes her head and walks away, mumbling something about how my wife is not liberated enough to understand.

“Life is better when you share it” says my poster. It’s an invitation for the people of our neighborhood to come together at my house for a BBQ. It has pictures of about 30 of us, smiling and enjoying each other and good food. The other night it was torn down. “We don’t want that kind of thing around here” is the obvious implication. It’s hard not to notice that posters like “Rent Money” remain unscathed. It’s a local strip club’s attempt to “help” the more financially challenged of our female population come in once a week to give a show. They take off their clothes, the audience deepens it’s sexual addiction, women in general are further objectified and these girls get their rent money. How nice.

Will our society flourish? Will our children be safe? Will there be more peace and prosperity? What is the stuff that’s really needed for human thriving? I think it is relational stability and longevity. If that’s true, will we thrive if we have a culture that embraces nudity, celebrates death and darkness, condones sexual violence in media, celebrates proudly and publicly sexual freedom in all it’s forms and continually marginalizes those who believe in loving a real God and loving their neighbors? I don’t think so. Our society’s path is not taking us to better places. I know this because I can see it in the faces of the people that walk down my street. There is a reaching but a never finding. There are deep wounds in these smiling faces. We are upside down. We’ve come to think of wrong as right and right as wrong. The brights of our era have worked hard to erase both of these categories, but as humans we just can’t, so we’ve inverted them. We are like my daughter hanging from her legs on the monkey bars. But we can only remain upside down for so long until all the blood rushes to our head. Eventually we will pass out, as we slip from consciousness there might be a bit of euphoria but a great and painful fall is the end result

Death at the Manor: The First Four Why Do the Irish Have All The Luck? Maybe You Should Become a Mystic