The Life and Times of George Whitfield 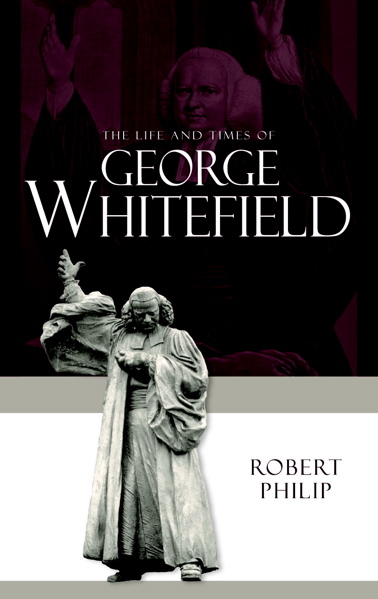 It is come, I know not how, to be taken for granted by many persons, that Christianity is not so much as a subject of inquiry, but that it is now at length discovered to be fictitious; and, accordingly, they treat it as if, in the present age, this were an agreed point among all people of discernment; and nothing remained but to set it up as a principal subject of mirth and ridicule, as it were by way of reprisals for its having so long interrupted the pleasures of the world” (p.13)

Sounds like something coming right out of 21st century North America, but there it is, in 1730’s England. This reality was even more unsettling when one considers that these sentiments were coming not just from people outside the church, but from people inside it!

A long comes George Whitefield and everything changes, not just in England, but Wales, Scotland, Ireland, and America. The wave of doubt and distraction to pleasure which looked to extinguish the flame of the gospel was rebuffed in large part by the voice of this one man.

What was special about George? Certainly due credit was attributed to God for the incredible work wrought through this man, but George was no ordinary man. It must however, be borne in mind that his face was a language, and his intonation music, and his actions passion. So much was this the case, that Garrick said of him, he could make men weep or tremble by his varied utterances of the word “Mesopotamia” (575) He could represent in the most awful manner the terrors of the Lord (156) When Whitefield preached “Neutrality was an impossibility(156)  With what a flow of words—what a ready profusion of language, did he speak to us upon the great concerns of our souls! In what flaming light did he set our eternity before us! How earnestly he pressed Christ upon us! How did he move our passions with the constraining love of such a Redeemer!” How awfully — with what thunder and sound—did he discharge the artillery of heaven upon us! And yet, how could he soften and melt even a soldier of Ulysses, with the mercy of God!  George burst on the scene, with his passion for the living God, and incredible oratory at exactly the time when preaching had been reduced to the reading of set pieces without emotion or even belief, rote tradition was all that dribbled out of the mouths of passionless sleeping ministers.

Whitefield was one of the first of his kind. He was the new thing. In our world, we would say he went viral. Everyone had to come and listen to this totally unique preacher who preached in fields instead of church buildings, who refused to use notes, who cried, and emoted in dramatic fashion. George would stoop to such unthinkable tactics as to use stories and humour while he preached! He also would defy and criticize the religious leaders of the established church. The net result is that for over 30 years years people would come to listen to him by the thousands, many traveling 20 miles or more on foot to come and hear. He preached an estimated 18,000 sermons in his life! Many weeks of his life he would preach 9 times or more. In the end, thousands upon thousands of people repented of their sins and trusted in Jesus. The tide of large scale unbelief was turned back. In the nearly 300 years that have passed from Whitefield, the use of emotion, drama, and storytelling in the pulpit has become commonplace for us. I wonder, were it possible to transport Whitefield into our era, if he would even distinguish himself? We have taken seriously his warning: Awkwardness in the pulpit is a sin — monotony a sin — dulness a sin — and all of them sins against the welfare of immortal souls (560)

As with any new thing there will always be criticism. How George managed to survive and thrive considering all of the invective and persecution he faced is a testament to his faith in God.