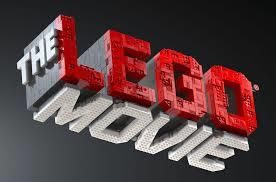 The prophecy states that a “special” will come to save the day at just the right time. As it turns out the “special” is just a regular guy. Nothing special about him at all. However, with the help of LegoLand’s spiritual leader (very fittingly voiced by Morgan Freeman) Emmit comes to believe that he might just be that guy after all.

Then everything goes horribly wrong. Morgan Freeman’s character gets decapitated, the good guys are all captured and condemned to death and Legoland is faced with imminent destruction at the hand of the evil Lord Business.

The ghost of Morgan Freeman visits Emmit in his darkest hour and gives him a revelation which ultimately changes the outcome of the movie. He tells the sad hero, that the prophecy isn’t true, that the whole thing was made up. There is no “special” in Legoland, but that doesn’t matter; the truth that changes everything is when Lego people believe they are special. “It sounds like a cat poster but it’s true” says Freeman. Emmit believes, and his life is changed. Because Emmit believes he is special, sacrificial love, courage, bravery, hope, creativity and perseverance become the hallmarks of his life. Belief made all the difference.

If belief in the “specialness” of humanity is so important to human flourishing then what world view best helps it along? Naturalism is committed to the blind physical forces of nature: some get hurt, some get lucky, there is no rhyme, reason or justice – no design, no purpose, no evil and no good, just blind pitiless indifference. DNA neither knows or cares. DNA just is and we dance to it’s music (paraphrase of Richard Dawkins). If this is actually the truth, then how does one muster up enough belief to convince himself that he is actually special? It becomes difficult to say the least.

If we as a human race intuitively recognize the value of believing that we are all special, then what would hinder us from attaching to this conviction a grand story, a worldview that would make it easy for us to become convinced that we are special?

God’s grand story teaches us that we are created in God’s image making us special, but thats not all, later we learn that despite all of our failures, sins, and poor choices, God in the person of Jesus lays down his life for the human because of his deep, deep love for us, making us even more special. There is more: we learn that the Spirit of God promises to fill us, becoming our guide and helper all the days of our life. . . proving once again that we are special. Finally the story’s end is one of undying hope. The promise is that all that is broken will become unbroken. There can be no doubt in this story, we are all special!

When a human believes he is “special” there is a risk that he might become inflated, but if pride can be checked, he will flourish every time. “Specialness” obliterates the deadly thoughts of worthlessness and meaninglessness and God’s story as a worldview makes sure that unhealthy pride won’t creep in. God, not the human, is after all at the centre of his own story.

When the conviction of “I am special” joins itself to a worldview that agrees, a beautiful awakening happens. Sense is made and life starts.