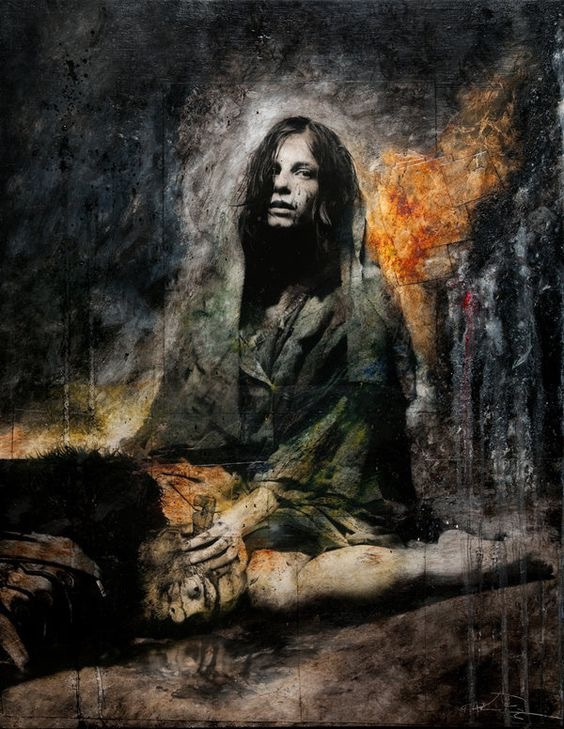 24 “ Most blessed among women is Jael,
the wife of Heber the Kenite.  May she be blessed above all women who live in tents.

25 Sisera asked for water,
and she gave him milk.  In a bowl fit for nobles,  she brought him yogurt.

26 Then with her left hand she reached for a tent peg,
and with her right hand for the workman’s hammer.  She struck Sisera with the hammer, crushing his head.  With a shattering blow, she pierced his temples.

Why is she blessed? She betrayed Middle Eastern hospitality, she went against the peace treaty that her husband had with King Jabin. She used deception and more than likely her sex appeal to gain his trust all so she could end his life. Why is she blessed? Answer — she was an administer of God’s Justice — In the brutality of tribal conflict, where there was no real “system” of governance, in a world that was less about law and more about dominance, aggression & control, she fought back fear, summoned up her courage & did what she had to do to end the “ruthless opprssion” –In her mind the plundering, the rape, and the murder, the  had to stop, and God had given Jael the opportunity to stop it.  In todays western world with the rule of law firmly in place, and with my Christian perspective colouring my view of everything — does this passage have any bearing on me? Is there anything to be learned?

Well, the lesson is not “grab a tent peg and violently stamp out injustice” — but it is right for us to hate injustice, it is right for us to become active to try to do what we can to put an end to injustice, to fight against “ruthless oppression” where ever we find it. — to sit back and do nothing brings a curse from God. (see Bonhoeffer, Cost of Discipleship, p 117-118)