Hockey Karma and Taking one for the Team! 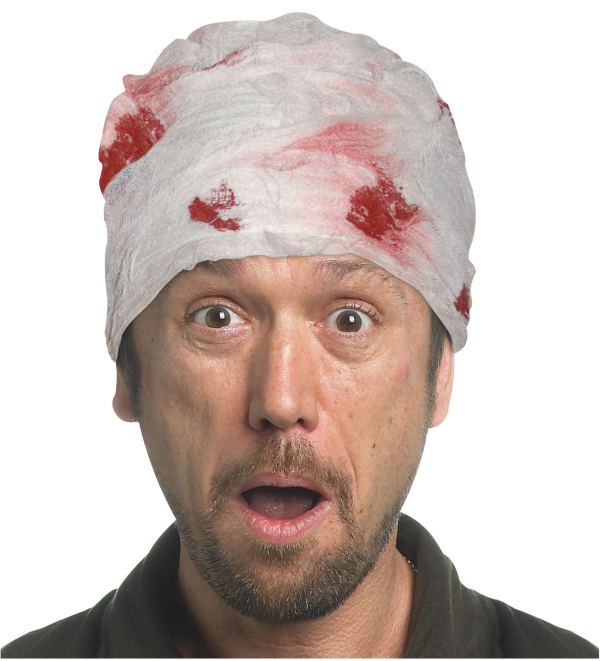 He wobbled his way toward the bench, blood gushing freely from the wound above his eye.

“Dennis, what do you think? Should I go to the hospital and get it stitched up?”

I looked at the clock: Midway through the second period.
I looked at the scoreboard: Down by one.
I assessed the situation: With our best defensemen off the ice getting a patch job at the local E.R., there would be no chance of winning.

There was a tinge of guilt, I suppose; it was not just a scratch! But it was club hockey in the ’90s. None of us had ever heard of concussion protocols. Individual well-being over winning? That’s crazy talk!

As coach, player, and trainer, I whipped off his helmet, grabbed the first aid kit and went to work. Two or three bandaids hastily slapped on to staunch the flow of blood, then round and round with an ace bandage.

I eased his helmet back on, just as the first splotches of blood began to show through.

“Don’t take your helmet off for any reason until after the game. Now get back out there and make a play!”

The game was tightly contested even though our opponents were clearly better than us. I was proud of our team. We were not going down without a fight. With a little luck and some hard work, we might even be able to pull out the win!

I hopped the boards and swooped down into their end. I saw a loose puck in the corner and went for it. I got there first, but their defenseman was closing fast, and he was coming in high. I spun out of the check but not before he clipped me with the butt end of his stick. I went down. As I started to get up, I could see a constellation of red drops forming on the ice surface. I knew I was leaking badly. As I skated to the bench, my friend with the bandaged head greeted me.

Before I could say anything about hospitals or stitches, he blurts out.

The roles reverse. My friend is now a player, coach and trainer. Round and round my head, an ace bandage goes.

Did we win the game?

Surely we must have.