Have You Ever Lost Your Phone? 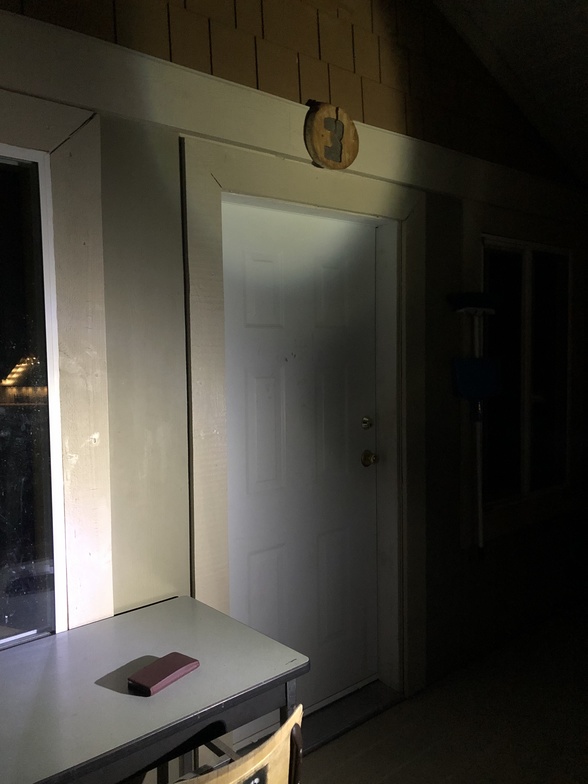 The deer (from the previous blog) captured my son’s attention as well.

He whispered, shaking her out of a dead sleep.

“There is a deer just outside our cabin.”

Mistin, who is always up for an adventure, quickly shook off the cobwebs of slumber and rolled out of bed. My 11-year-old son wanted to capture this bit of wildness, so rare to us city dwellers, so he grabbed my wife’s I-phone and slipped out the door. Darve crept as close as possible to the doe to get the perfect shot. Not far behind came Mistin, still wiping the sleep out of her eyes but delighted to watch the photographic hunt. After a couple photos, Darve noticed a grasshopper jump; in a flash, deer photography was a thing of the past; there were grasshoppers to catch!

And this is where things began to get real foggy for both my wife and son. About a half-hour later, I came down from the hilltop to find my son in tears, painstakingly retracing his steps from the previous half-hour. The phone was gone.

Darve thought for sure he had either put it back in the cabin or gave it to mom. When he made the shift from wildlife photographer to wildlife hunter, he acquired almost immediately a net and a pail, so he must have offloaded the phone. Back to the cabin, we went, not there. Back to the deer sighting, not there. Across the field and up to the lodge where he had walked with mom to get the pail and net, not there. Down across the play structure to the shed and back over another field where he had chased grasshoppers. The phone was nowhere.

Meanwhile, my wife retraced her steps. She had walked with Darve to the lodge but didn’t remember taking the phone from him. After Darve veered off in hot pursuit of grasshoppers, she had slipped around the backside of the lodge to where our camp stove was. She was looking for signs of me, after just a few minutes, she made her way back around to the front and then up the hill towards the washhouse. It was then that she realized she did not have her phone.

We all sat down and drew out a map. It had to be back at the cabin, somewhere around the lodge, or perhaps on the trail of where Darve was tracking grasshoppers. We mobilized the family into a first-rate search party, and with the enthusiasm and confidence of Sherlock Holmes, we set off to recover the missing phone. Hours went by, the phone had disappeared, what a confounding mystery. Despair began to creep into our ranks. Where was it? No one could have stolen it; we were the only ones on the campus. Did it fall in a gopher hole? Did the deer, resentful of being interrupted over breakfast, steal it? Finally, after nearly 13 hours. I found the phone. Any ideas as to where it was? What’s your best guess?

Darve, in his haste to catch grasshoppers, did indeed race back to the cabin to offload the phone and relinquish his responsibility for it. The fatal error was that he rushed back to the wrong cabin. We were staying at cabin 8, he ran back to cabin 3. Darve never noticed that the porch of cabin 3 was empty while ours was cluttered. He slammed the phone down on the empty table of cabin 3 and was off like a rocket to his next adventure. Late that evening, in desperation, we initiated a cabin to cabin search -- and there it was.

What a celebration we had around the campfire that night. What was lost had finally been found.