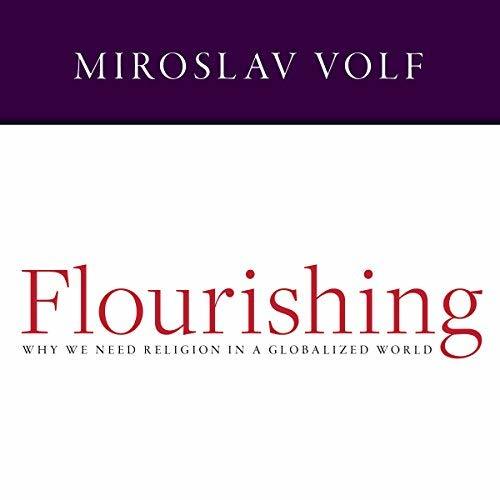 A Chuckle: I think the contents of the book could have been reduced by as much as 1/3  if all the sentences that said “as I will argue in Chapter 4, as I said in chapter 6, as I alluded to in Chapters 8 etc. etc. were removed. Whatever page you were on, there seemed to be a verbal arrow pointing you somewhere else.

Globalization is a mess – Market driven globalization has its obvious benefits, but for Volf, the cost to benefit analysis is still very much an open question.  The author refers to globalization as the ultimate temptation to live “by bread alone.” Something Jesus, when tempted by the devil, refused to do. To live by bread alone is to live only according to mundane realities. If all that exists is bread than life is reduced to the accumulation of worldly goods and sensory experiences. Reality becomes commodified, and according to Volf, humanity is lost in the transaction. Through globalization, morality becomes subservient to material wants. Technology makes it, so human interactions are based primarily on usefulness and self-interested appeal. Volf share’s with his readers, the troubling story of the iPhone. Its creation is truly a feat of globalization, which enriches a few, benefits many, but at the same time crushes many more. Globalization’s history is the journey to “success” over the broken backs of others.

Religion is still vital, and it’s growing. Transcendence defines human beings say’s Volf, and religions exist to connect people to that transcendent realm. Humanity will never be content with mere science and material facts. Truth extends beyond facts for humans. When people use globalization to live life to the fullest but only on the flat plain of ‘this-worldliness’ their lives become caged, hollow, and light. Religion gives meaning, orientation, and a pleasure to all our mundane endeavours like nothing else can. That’s why world religions are growing not shrinking says Volf. He backs up his growth claim with a fist full of statistics.

Volf’s detractors fold their arms and throw shade on the stats. Relativism, they say,  comes from pluralism and since the West, thanks to globalization and technology is living together in an increasingly pluralistic society, the inevitable result will be less and less absolutism, which means less and less religion. But Volf isn’t buying it. The false assumption of this theory is that people are comfortable with relativism. They are not. So they bounce back to the stability of various forms of absolutism which are found in religion. The proliferation of relativism is precisely why all the world religions are growing at such exponential rates.

Wait for a second! I’m not so sure

Unhealthy Strategies for Religion in a globalized world Globalization is here; it’s a rat race which crushes people. Religions have developed three lousy procedures to deal with it.

Religion is too absolutist to fit in a globalized world. — Religion feels like Globalizations enemy because of its rigid dogma. Pluralism is the air globalization breathes, and absolutism poisons the air. Is that true? Can the absolutism of religion play nicely with the pluralization of our globalized world? Volf is quick to admit that statistically, things are not great for this hope. There are a lot of places in this world controlled by inflexible religious dogma which squashes the life out of pluralism. However, he denies any notion that might suggest religion and pluralism can’t work together.  They can and do, says Volf citing Roger Williams the founder of Rhode Island as his primary example. Roger was a religious exclusivist of the first order and yet he created a politically pluralistic state.

A word about secular humanism — Technology, politics and economics is the hope of the secularist future. It’s a misplaced hope because it doesn’t account for the passion of humanity. We need something more profound to guide us. Also, the pendulum of secularisms tolerance is swinging towards intolerance. Absolutist claims are increasingly forbidden from the public sphere. Saturation of the public sphere from only one particular point of view (Secularism) creates an unhealthy environment for everyone. Relativism becomes a dictator and chaos is the result.

Religions value needs to be accepted by all, even if only believed by some.  Religions must shape market-driven globalization. World Religions are excellent and creative agents for change, and they make up 3/4 of the world’s population! If religions could join forces for the common good and use globalizations interconnectedness to bring justice hope and help, then religions will serve a vital role in making our globalized world a better place. It is a mistake to push religions to the margins. It is a mistake to live by bread alone, and it is a mistake to place ultimate hope in technology, politics and economics.  The acceptance of religion is the only way to correct these mistakes.