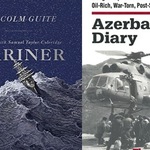 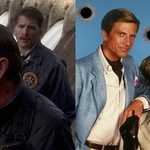 To start the year off, I picked up four history books and dived in all at once. I know, going public with this information makes me weird in the eyes of most, but I'm wired to chase a story, and the best and worst ones have already happened! They are buried deep in the soil of all that has gone on before. Story chasers like me get to go treasure hunting through books to find them. I love my day job, and current events are anything but bland, but this lifelong search captures my interest more than anything.

The Lady Queen: It's the 1300's. We are in Naples, Italy; Her name is Joanna. Impossibly, she remains in power, having fended off three usurping husbands, a Hungarian invasion or two, several bands of marauding mercenaries, a handful of meddling popes, two city emptying bouts with the plague, a famine, and the never-ending backstabbing realities of Italian politics in the 14th century. The fact that she ruled well despite all this is legendary. The fact that she did it as a woman is almost impossible to conceive. It's a story for the ages.

To Catch a King: Fast forward. We are now in the 1600s in England. The monarchy has fallen. Charles the 1st's head has been removed from its place atop the shoulders. Oliver Cromwell and his "new model army" is crushing royalist support wherever they find it. Teenage Charles the 2nd is not giving up without a fight. He returns from exile and musters a predominantly Scottish army to help him take back the throne. Young Charles makes a colossal rookie mistake by convincing his ram-shackle army to invade England. Instead of playing it safe and letting the fight come to him, he overreaches, plunging deep into England with an army that is not big enough, equipped enough or motivated enough to win. They are utterly routed at Worchester, and Charles is forced to flee for his life. For the next six weeks, the biggest manhunt in English history ensues. The bounty on the king's head would set up any English peasant for life! The blanket search for the elusive king is more comprehensive than Tommy Lee Jones in The Fugitive, yet the sovereign in peasant disguise manages to elude capture and escape to France. There are more near misses in this story than an episode of the A-team.

The Mariner: We jump ahead to the 1800's England. It's time to learn about S.T. Coleridge. That brilliant mind and endearing personality that produced the magnificent poem "The rhyme of the Ancient Mariner" — This tragic tale became a prophecy for his own life. So many mistakes and that damn opium addiction. I get to learn about the poem and the life of the one who wrote it.

Azerbaijan Diary: Finally, we jump one more century. It's the early 1990's We find ourselves in Azerbaijan. Have you ever heard of that country? I don't suppose many in the West have. It was essentially a slave state under the USSR's thumb; Exploited and gutted for the good of mother Russia. When the great Communist lie was exposed, and the facade was finally torn down, the power vacuum in this diverse and multi-ethnic region created a blood bath.

I'm devouring with great enthusiasm all four of these books. Is there a common thread?

Wonderfully, every now and then, we find someone who gives up power for love, someone who extends some mercy. Someone who does the seemingly impossible and forgives makes peace or attempts to help the marginalized instead of exploiting them. But the more I study history, the more I see these moments in time as tiny firefly sparks of light set against immense and infinite darkness. I may get my centuries mixed up, but the stories that seem to play out are essentially the same.