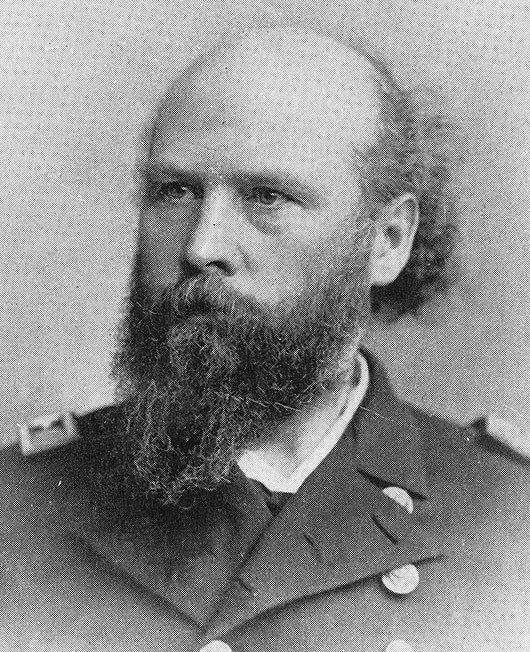 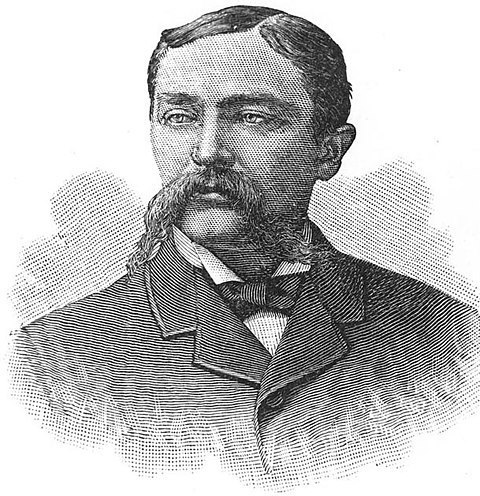 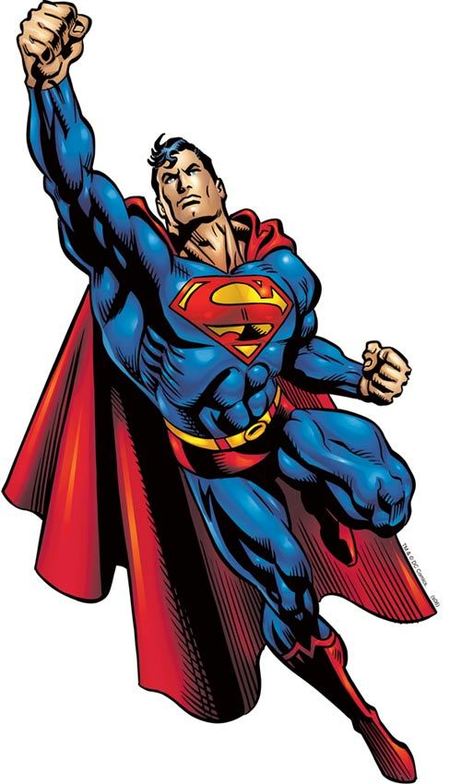 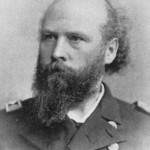 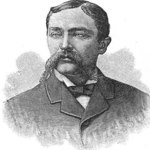 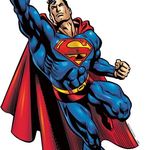 Superman is cool, Thor is fantastic, and who doesn't want to be Spiderman? Humans love superheroes, always have, but I think ordinary superheroes are much better. The stories of mere mortals who, through grit, determination, ingenuity, genetics, and personality, rise out of the darkness of impossible situations to save the day are what I'm the most interested in.
We have two such characters that emerge from Hampton Sides's excellent accounting of the failed arctic exploration of the U.S.S. Jeanette: George Melville and William Nindemann. - For more information about the trip itself, Click Here.

George Melville — Melville was the sort that could never be discouraged; he was always up for the challenge. Captain Delong remarks of him that he could build anything out of anything. When the harsh arctic conditions slowly but surely destroyed the working capacity of all technology on the icebound ship, Melville somehow found a way to fix it. He was Macgyver, and Scotty from Star Trek all rolled into one. Another fantastic quality of this man was his sense of humour. He seemed to be able to see the lighter side even in the bleakest of situations. Melville used his creative imagination to engender hope in his shipmates around him. Stuck on the ice pack and reduced to a diet of only pemmican, the sailers all became bloated and constipated, it was misery, but around the fire, Melville would lead a discussion on what they would all eat when they returned. Sides records one instance where Melville went "on and on about how he would dress and cook a whole canvas-backed duck." By the time Melville was finished with his sumptuous descriptions the entire crew was filled with hope about what was ahead for them, if only they would continue to persevere. Melville had an indefatigable work ethic as well. His boat unlike Chips, and DeLongs made it to the Siberian coastline and fortunately for them, they were able to make connections with the reclusive and timid locals which saved their lives, eventually they relocated farther south to await transport back to the U.S.A. The surviving crew of the Jeanette were treated very well by the Russians but soon Melville became disgusted with his hosts. He remarked in his journal, after observing several weeks of near-constant drunkenness:

"Intoxicating drink is a clog and a curse. I am satisfied that the Russians surpass every nation on the face of the globe in their ingenuity in avoiding work and getting drunk."

Melville had one final superpower to add to his already impressive list of qualities: unselfish courage. The moment Melville heard that there were survivors from DeLong's boat still trapped up in the Lana delta, he cancelled his plans to return with the surviving crew back to the States. Never mind that he was still suffering from the effects of starvation, frostbite and exposure. He, with all speed, secured the assistance of a couple of native guides and went by dogsled back north into that impenetrable and unforgiving part of the world. Even his two guides at one point tried to abandon him. No one, not even the locals, traversed the Lana delta in the winter. Melville was only able to keep his hired help at his side by gunpoint, though they were forced to retire until the weather became more favourable. It was Melville who discovered the two survivors of DeLongs party, and he who meticulously retraced DeLongs steps until all the corpses were found and properly buried. It was he who recovered George DeLongs journals and tenderly delivered them to the late Captains widow. Melville was the man who, for the rest of his life, would defend the character and leadership of his Captain, even though others sought to pin the blame of failure on him.

William Nindemann - Captain George DeLong kept meticulous journals for this exploration. Only of William Nindemann does he report on two separate occasions that he would be recommending a congressional medal of honour for this seaman. The high praise came because of a combination of incredible genetics and profound bravery. The strong German seamed impervious to the cold; on one occasion, when it appeared that the U.S.S. Jeanette might sink because of several leaks caused by the pressure of the ice pack, it was Nindemann who waded into the freezing water, chest-deep, to get the pumps going. He had no ill effects, all the others who attempted to help were repelled instantly by the bone-chilling cold. Nindemann's fortitude against the perils of Arctic weather was put on display in another instance when DeLongs whaleboat foundered in shallow water 2 miles off the coast of Siberia, forcing everyone to walk the remaining distance to shore. Crew members feat froze as the plunged through the thin ice step after step towards the shore. Nindemann had no trouble, and while everyone tried to unthaw around a fire after the painful journey, Nindemann marched back out to the boat and back three more times to get supplies! Nindemann continued to volunteer for any of the more dangerous requests the Captain made as they marched inland, looking for salvation. When the strength of the team failed, It was Nindemann and one other, who DeLong tasked to march onward, in a desperate attempt to find rescue. Nindemann finally found some help, and he tried desperately to communicate to the natives that a search party must be enacted to rescue his beloved Captain, but his appeals went unheard, and he was forced to rest and recoup in a yurt in some remote village until contact with Melville was made. This German was not a man of many words, but his actions spoke very loudly of courage, bravery, fearlessness, unselfishness and every other virtue that describes a superhero. There wasn't too many "happily ever afters" in this story, but Nindemann got one. When the survivors returned to the U.S.A. to a hero's welcome on board a steamer in New York harbour. Nindemann’s fiance was there, their gentle embrace warmed the hearts of an entire world that had been cheering and hoping the best for this polar expedition.