The Hunt for Racists 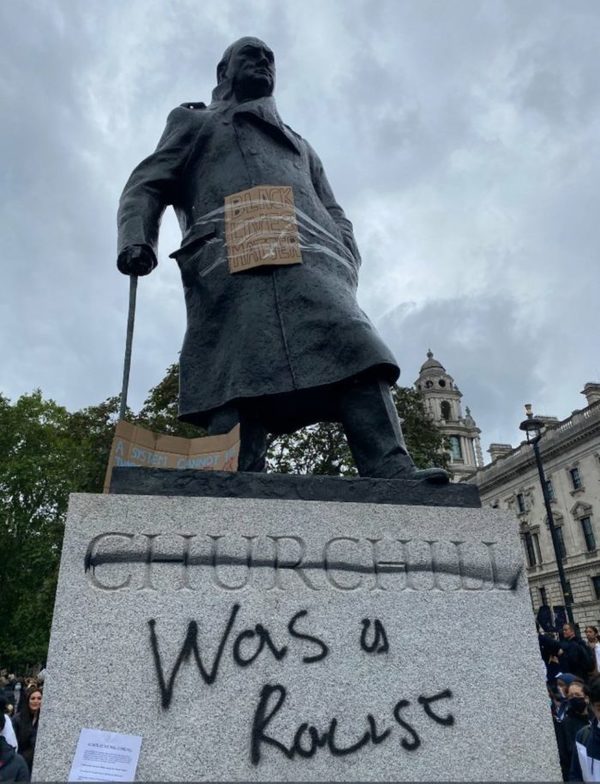 Evidently, Winston Churchill is a worthless S.O.B. now. As the protestors filled the square this weekend, someone took the liberty to tape a Black Lives Matter placard around the massive girth of the Old British Bulldog while another crossed off Churchill's name at the base of his statue. Black paint now tells the truth about this man. He is not worthy of a statue or any emulation. He is just another one of those rotten white racists. Should "racist" be the term that defines the legacy of this man's life? The key point for historians to bring out as we carry his memory into the future?

I'm no Churchill scholar, but ironically just this weekend, I happened to complete my first full-length study of this remarkable man's life. How Winston Churchill Changed the World by celebrated teacher and Pulitzer Prize finalist Michael Shelden delivers a beneficial bit of historical education that provides a needed counterbalance to the conclusions recently offered by the angry mob.

Despite the debates that still cast parts of his career into doubt, Churchill's most enduring legacy is not tied even to his crucial part in crushing Nazism. It is anchored instead in something deeply personal and timeless: his individual stance as a champion of freedom when the world was at a tipping point between darkness and light.

Churchill's statue should remain. Anyone who enjoys freedom today owes this man a great debt of gratitude. That includes the people who exercised their liberty to deface him on the weekend. For those who love freedom, Churchill is no enemy.