Bury My Heart At Wounded Knee 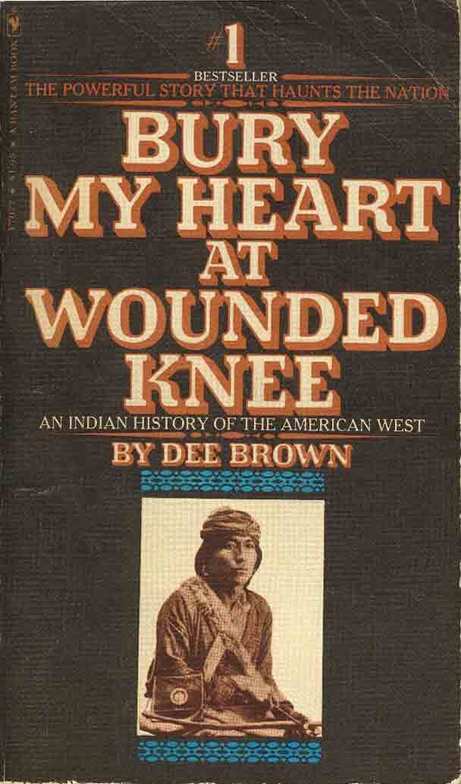 “the nations’s hoop is broken and scattered. There is no centre any longer, and the sacred tree is dead.” — Black Elk

Between 1860-1890 the Indians of the United States of America were crushed.

What happened? by 1860 there were a few hundred thousand Indians roaming freely, at that same time over 30,000,000 whites had flooded into the United States, in just 30 years that number skyrocketed to 90,000,000. White people were coming to this new world in mind blowing droves, for a chance at freedom and an opportunity to make a better way for themselves. The white mans way was to settle down and harvest resources in order to become rich. Animals, minerals, land, and lumber, there was so much and it was just there for the taking the white people believed. But then there were those pesky Indians, they spoke a different language, they were “uncivilized” they were nomadic hunter/gatherer people, they just didn’t fit in.

So what do you do? The whites were largely of Christian heritage so exterminating them was not an option. But neither was “move back to Europe” an option. So the only logical solution was to make a deal with the Indians. In the end it wasn’t much of a deal. It was more a terms of surrender. — We are coming, we are taking over your land and eliminating your way of life. However, we will give you food to survive, and land to live on.  If you don’t agree to these arrangements we will hunt you down and kill you.

Whites are Superior — Many whites just simply made the assumption that indians were “less human”. After all whites were far more advanced in so many ways. The court report of one particular case in which two indians were hanged reveals this terrible imbalance of value. “We would never condemn a white man on such scant and insufficient evidence, however we trust we got the right ones and that justice was served.”  Colonel Chivington in a public speech in Denver affirmed the right to kill Indians even infants, by his notorious comment “Nits make lice!”

Manifest Destiny — Many whites, felt a bit uneasy about their treatment of Indians, and so they needed a grand justification for their actions of conquest. They found it in “Manifest Destiny” – The superior light of technology, learning, and the American way of government, politics, cities, farms and production was the enlightened path, it was therefore both necessary and justifiable to advance this righteous path westward at whatever cost.

Indians are people too — In 1874 a sympathetic general, teamed up with a straight shooting judge to help Indian Chief Standing Bear. Hi people were one of the few Indians tribes that were farmers, even though they were peaceful, open to Christianity, and had relatively little land they were shoved off of it and warehoused in a reservation hundreds of miles away. The judge concluded that “Indians were people too, and if they wanted to live peaceable somewhere like Americans they should have the right to” Standing Bear and his people, remarkably, were able to move back to their land.

Corruption — The reservation system proved to be incredibly lucrative for the ring of politicians & businessmen responsible for it. They were able to help themselves regularly to all that was designated for the indians, and since there was no accountability and the indians had no voice, they became rich while the indians suffered terribly on the reservations. This ring viewed the above court case as a direct threat to the reservation system, (and their personal wealth) so they worked tirelessly to discredit the ruling and make sure that the legal system remained squarely on the side of the whites.

Indians happy to kill each other — Tribal divisions had existed for centuries, many of the tribes were mortal enemies of one another. For many they preferred to work with willing White people to eradicate their tribal enemies. The Whites were only happy to oblige.

Breaking Promises — Lots of the promises to the Indians were made in good faith, and many of those promises in the early years gave the indians vast tracts of good hunting land. Its just that no one could have predicted the vast horde of white people that moved to America in the 19th century, and then there was the discovery of gold, and then the need to connect the east with the west, and then the need to farm to support the ever burgeoning white population. In the public eye it was no longer reasonable for 3,000 Souix to inhabit 25 million acres. When millions upon millions of whites were heading west intent to settle on the best possible land. So promises were broken. For most whites these broken promises were shrugged off — the situation had changed. Many Indians went to war over these broken promises, but they had no chance of winning against better equipped whites. — they mostly waged gorilla type war fare, and had small successes here and there, but bow’s and arrows can’t match the power of repeating rifles.

Media — America wanted a story, the media gave them one. A sensational story of savage scalp happy Indians disemboweling hard working honest settlers. Who cares about truth when you can sell a story, and this one sold. The great tragedy was these stories of mixed truth whipped up a fury of hatred and violence against all Indians. “The only good Indian is a dead indian” was the quote that rang through the news media, straight from lips of a general from the West, and so it was believed.

If all men white and red could have been treated with dignity and honour, if all manner of corruption could have been removed from the situation and if promises could have been honoured and true team work embraced when things got complicated do to the vast influx of whites, this story would have had a lot less tears attached to it.