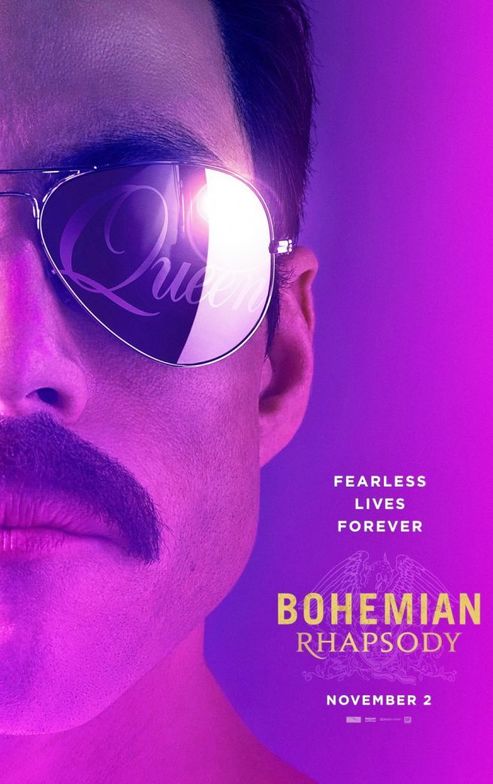 Freddy Mercury’s life as portrayed in the movie Bohemian Rhapsody is one of unnecessary loss, avoidable sorrow and misplaced priorities, at least until right at the end.

If you gain the whole world but lose your soul “Your life will be difficult” Mary said to Freddy with genuine care. “I Love you Mary…but,” was Freddy’s all too familiar refrain to the only person who genuinely loved him. She had to let him go.  Commitment as the foundation for lasting love is what Freddy seemed to want, but he also wanted a bit of everything else as well, and you can’t have both. If one chooses to get everything possible in life, one seems to end up with nothing of value in the end.

A blessing and a curse. Freddy's ruthless disregard for musical convention combined with his radical commitment to let his creativity be his absolute guide is the reason for his unprecedented success. Freddy was an experimenter and a rule bender and music lovers the world over have benefited immensely as a result. Sadly, he took these same attitudes with him into the social, sexual, and celebratory aspects of his life. What was a blessing now became a curse and once his ego was sufficiently large enough, which rock stardom is wont to do, it was only a matter of time before he destroyed himself.

The straight goods. I appreciated how the movie did it’s best only to tell the story. It did not seek to glamorize Freddy’s descent into debauchery or use his life as a platform for activism. It did not condemn Freddy nor did it immortalize him.

My big takeaway. What emerges from the movie is the need for human beings to stay faithful to each other over the long haul as a primary key for human flourishing. If Freddy could have kept his commitments to Mary, his band, and the world view of his upbringing. “good words, good thoughts, good deeds” His life and his legacy would have been infinitely better.